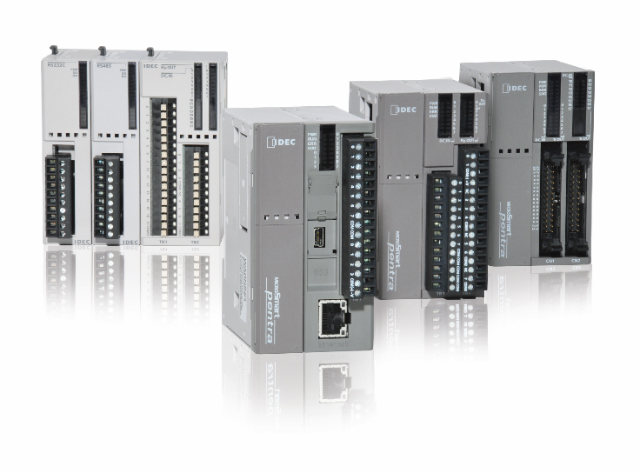 The IDEC MicroSmart PLC (FC4A) and its faster companion, the Pentra (FC5A), are approaching their “end of life” and will be discontinued March 2019.

Since the introduction of the first FC4A in 2001, hundreds of thousands of the MicroSmart PLCs have been deployed across the globe in many applications including water purification, packaging & printing machines, material handling, building control and of course general automation and special purpose machines. The product has been an amazing success and placed IDEC firmly in amongst the major PLC manufacturers.

Now, following in the path of the MicroSmart & Pentra PLC is the new FC6A and FC6A Plus PLCs. The FC6A-C model was launched in 2016 and has already stolen the show with successful migration from the previous FC4A & FC5A users as well as gaining a new following. Standard features such as embedded Ethernet, serial (RS232 / RS485), analogue input and expansion to 512 IO made the transition easy. Also, optional features of a second ethernet port for web server and email. Then, in 2018, the FC6A PLUS (FC6A-D) variant was launched adding more standard features such as email & web-server, BACnet communications and IO capability to 2048 IO.

The FC6A sets a new bench mark for the PLC with a price / performance balance that will rival all the competitors.

For those users needing to update an aging FC4A or FC5A PLC system, then fear not – The IDEC programming software, WindLDR, is designed to make the program conversion for you, ensuring the easiest path for the user to upgrade to today’s technology.

To find out more or help us migrate your IDEC system, get in touch today…